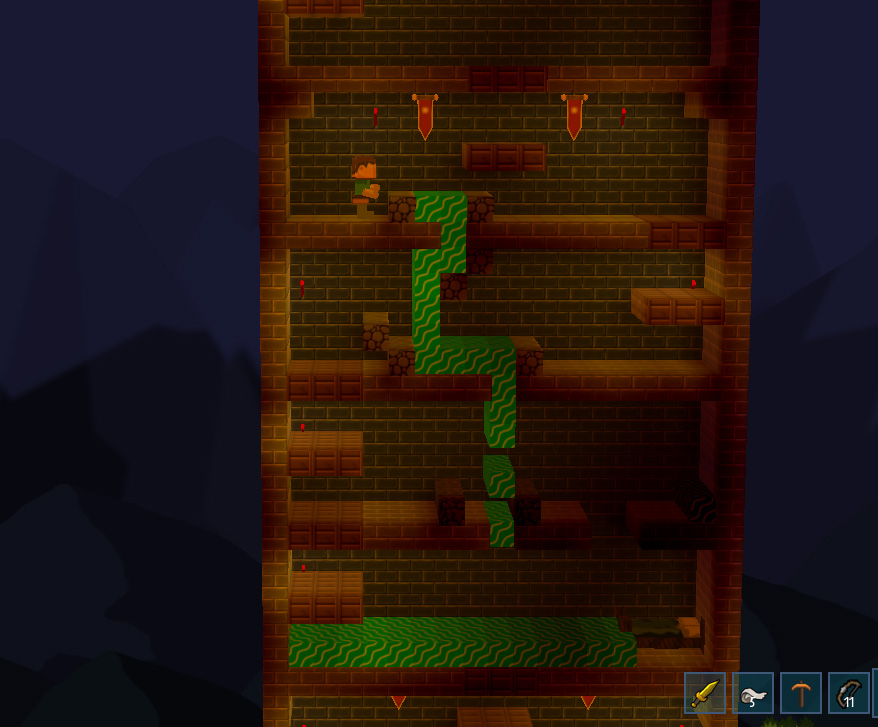 Since the last dev update I have taken a pretty big pass on how the crafting system works. I can now assign items to different categories that require you to be near certain blocks to craft them. For example, if you want to smelt copper ore into copper bricks you will need to stand near a forge.

I also took a pass on spawn points and how the engine caches blocks client side. This allows you to teleport or respawn wherever you want to in a map easier.

Along with all of those changes I have been working on a simple water flow system which you can see in the screenshot below. Right now I am representing it with full blocks on the client but behind the scene the water level is represented by a number between 1-255. Eventually I will use that number as well as the surrounds to generate a mesh instead of individual blocks.There is still a lot of work to do but it is coming along. 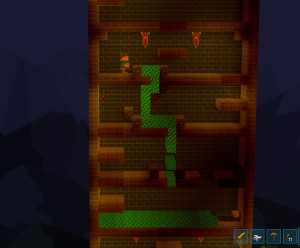 Some early water flow tests in the engine.