We’ve been making good progress on the game and we’ve made a solid base that we can progress and iterate on. I refactored the menus for the game and i’m much closer to what I think I want the main menu to look like. Most of the menu work isn’t very interesting so I’ve attacked the multiplayer code with a vengeance. I have basic player movements working correctly so they translate between the client and the server but I’ve already found limitations with my methods. I have a plan to refactor that code which will make the separation between multiplayer and singleplayer much more clean. 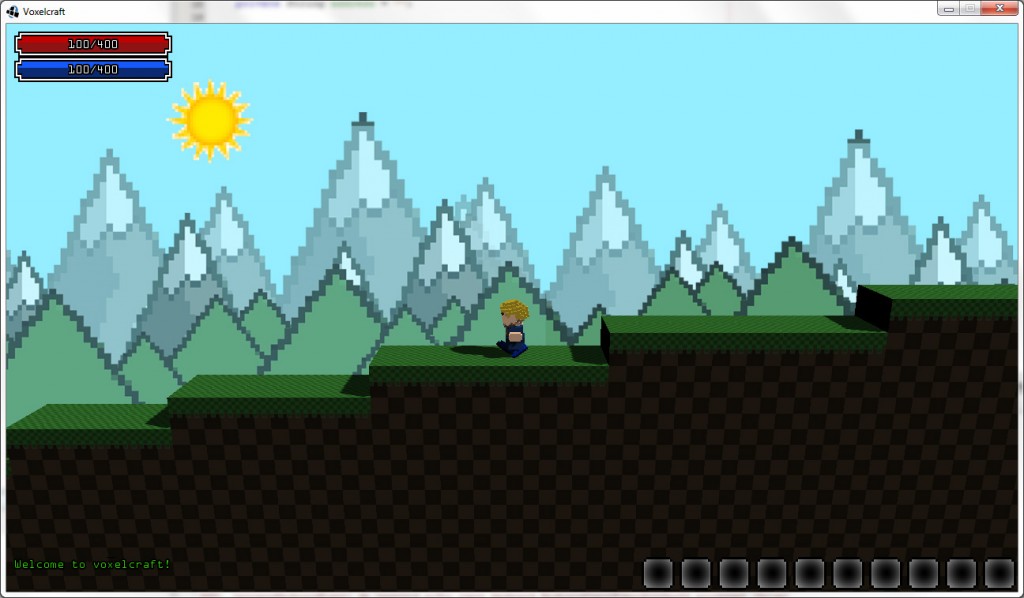 This is the current look of the game. I have a feeling I am going to make more changes to it as time goes on. I have a different visual look I think I am going to prototype and see how I feel about it. This is still very early in development so most of how the game looks will probably change.