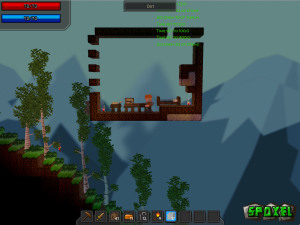 A screenshot of the new crafting stations in the game

I made some good progress with the advanced crafting interface and other interface improvements. When you first start the game you will have a basic wooden sword and pickaxe at your disposal. You will be able to craft a basic armor set out of wood using a normal crafting table but for better armaments you will have to venture into the advanced crafting system. The advanced crafting system will let you assemble complex items such as armor and weapons. The types of components you use while crafting will have different effects. For example, a basic sword weapon requires a blade, binding, and a hilt. Each of these components affects the new item and its damage, swing speed, and special properties. This functions pretty similar for armor. 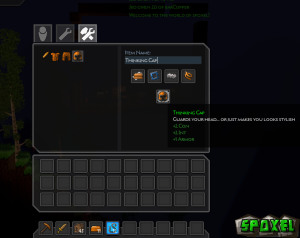 Crafting and naming a new piece of armor