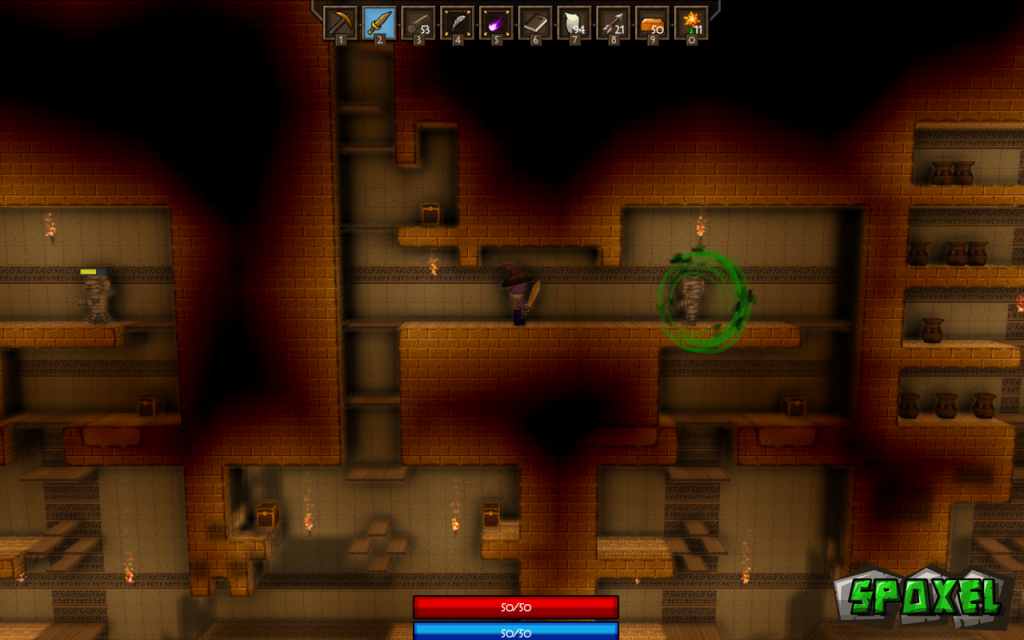 Development continues on Spoxel and its finally close to reaching Alpha. I’m starting to get footage together to create the official Alpha Release Trailer. The game has come a long way since I made the difficult decision to refactor how it worked as well as change the scope to make something much cooler with infinitely more possibilities.

In the coming weeks I am going to spend most of my time fleshing out existing content and providing more depth. I’m going to focus on new enemies with new abilities that you need to come up with strategies to counter. Such as the mummy in the screenshot above which periodically has an aura that can give you the deadly Blood Rot disease.

I am also going to focus on finalizing my ideas for the Ranged and Melee sides of Spoxel. Most of the focus in Spoxel has been on the magic system. There are still a lot of ideas I have for adding more depth to that system but Melee and Ranged need some love too.

Melee is probably the next most complete at this point. Right now you use the advanced crafting table to assemble weapons and armor from different component parts. Depending on what type of weapon you are making as well as its components determines what the final weapon does when you craft it. Each weapon type right now has something unique about it. For example, great swords have a much greater reach and katanas have a continual swing and faster speed. Each of these weapons will also have other abilities attached to them depending on what you craft them with.

There is still a lot left to do but the game is finally starting to take shape and I’m excited to show you guys some of the new features coming up!